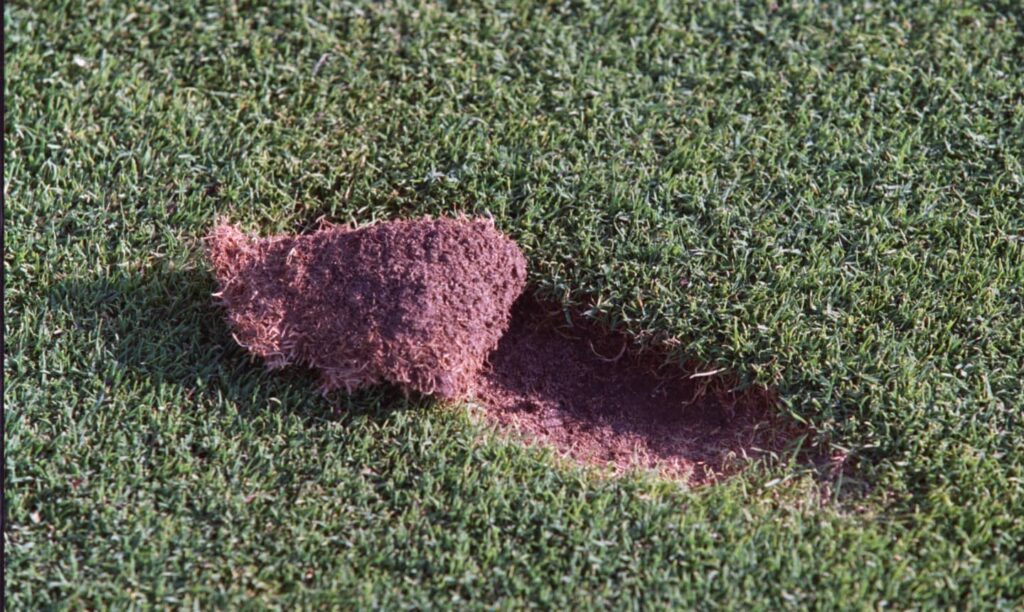 When I first entered the workforce in the early 70’s, after my two-year stint with Uncle Sam, I ended up working for the golf course division of OM Scott & Sons. I moved to Ohio, settled in Norwalk, and began my career as a certified agronomist calling on golf course superintendents throughout northwestern Ohio.

During those days most of the older superintendents – formerly greenskeepers – came up through the ranks. They mowed, watered and raked their way to be the man in charge. The younger guys that ran crews at many of the premier private clubs were graduates of the top agronomy schools – Penn State, Purdue, U Mass, and URI (my alma mater). These were the “hotshots”, the shakers and movers that elevated the status of the lowly “greenskeeper” to “Golf Course Superintendent” complete with their own association and educational requirements.

This was a good thing and created an awareness that there was more to keeping grass alive than just mowing and watering. Still, I developed a fondness for the old timers. These were the guys that had seen every disease and every insect infestation and knew which weeds to live with and which to eliminate. They might not have been on top of the latest herbicides, fungicides or insecticides but, hey, that’s what I was there for.

One such fellow was the course super at a semi-private club 20 miles outside of Toledo. Let’s just call him Jim. He had been at this club for a few years and his reputation was that of having a ferocious temper with very little tolerance – for pretty much anything. That coupled with his penchant for ruling his crew with an iron fist produced an incredibly manicured golf course albeit while having some difficulty keeping a full crew.

My first call on the man was prophetic. The assistant supe, whom I met at the maintenance building, told me he was out on the tenth tee moving the markers. After I figured out where it was, I arrived to see a short, slight, middle-aged man, with incredibly curly black hair – of Italian descent as I was later informed – berating a very large fellow with bad shorts, cigar in mouth and a very red face.

“Just what the fuck do you think you’re doing” Jim inquired of the larger fellow. “You just took a three-inch divot – with a fucking driver – out of MY tenth tee. Now pick it up and replace the fucking thing” Jim sure had a way with words and it kinda looked as though he took his grass seriously.

“I was just taking a practice swing so lighten up will ya” this from the big guy and, maybe just not the best thing to come back with.

“Here’s the way this works” Jim was getting a little red in the face now. “This is a tee. It’s for teeing off on this hole. When you’re taking a practice swing, go over to the side of the tee and swing over there so you don’t hurt the grass. When you play this course, these are the rules. If you don’t like it, leave and don’t drop any ashes from that fucking stogie.”

Whew, I’d seen folks take their job seriously, but this guy was nuts. And, now, I had to talk him into buying some fertilizer. The group on the tee settled down a bit, evidently, they too thought Jim was certifiable and they just wanted to finish the round, leave, and never return.

We went back to his office where, seemingly, a body double showed up. Jim was soft spoken, engaging, funny, very interested in what I had to say…..I know, shocking, and offered to buy me a cup of coffee up at the clubhouse while we had a chat.

As the months went by Jim became one of my favorite calls. I learned that he was a very thoughtful, well-read guy who was just fanatical about HIS golf course. I learned that he had a ping pong table hoisted up to the 18-foot ceiling of the steel building which comprised his maintenance facility. It was on a pulley system and could be easily lowered to the floor. I used to make it the last call of the day; we’d spend hours beating each other’s brains out. One time he took me to his favorite fishing spot on the Maumee River. He caught a good-sized largemouth right off the bat while I basically just got my line tangled up in the blackberries. He finally took pity, hooked the fish he had just caught to the end of my line and tossed it in the river. “There” he said, “that’s what it feels like if you ever manage to catch one”.

Jim’s course was in a somewhat rural part of the state and there was an ample supply of livestock at the neighboring homes and ranches. One afternoon, later in the day, Jim noticed a chestnut quarter horse loping down the 13th fairway. The animal’s hooves made dents in the soft fairway, then on the 14th tee and then on the 14th green before he headed back from where he had come. Yikes! There was gonna be hell to pay!

Now, Jim knew most of the neighboring properties and he recalled seeing a chestnut quarter horse at a nearby property. He drove his car to that neighbor’s house, rang the doorbell, got in the guy’s face who answered the door. “Your goddam horse just fucked up my golf course. Please don’t let him do it again”, well, that was a polite start, I guess……. The homeowner answered, “no fucking way was my horse loose, see, he’s over in the corral”. Of course, Jim had noticed a broken rail in the corral on the way in, but he somehow throttled down his anger and told the horse owner that if it ever happened again, he’d find a way to prove it.

A couple of weeks went by but no loose quarter horse on the links. Jim was a conniving son of bitch, though, and the man was prepared if it happened again. The third week following the initial horse damage Jim noticed a chestnut quarter horse jogging down the 15th fairway. He hopped in his Cushman truckster, grabbed a half-full five-gallon bucket and took off after the horse. He quickly caught up with the animal, reached back for the bucket, then tossed two and a half gallons of white latex paint on the horse’s rump. The startled chestnut reared up and bolted for home.

Jim returned to the maintenance building, hopped in his truck and casually drove into the neighbor’s driveway. He again rang the doorbell and the owner opened the door. “Here’s the deal”, Jim offered, “I’m not sure whose horse was on my golf course, but I caught up with him, painted his ass and he seems to be over there in your corral”.

Jim had a unique way of making his point!