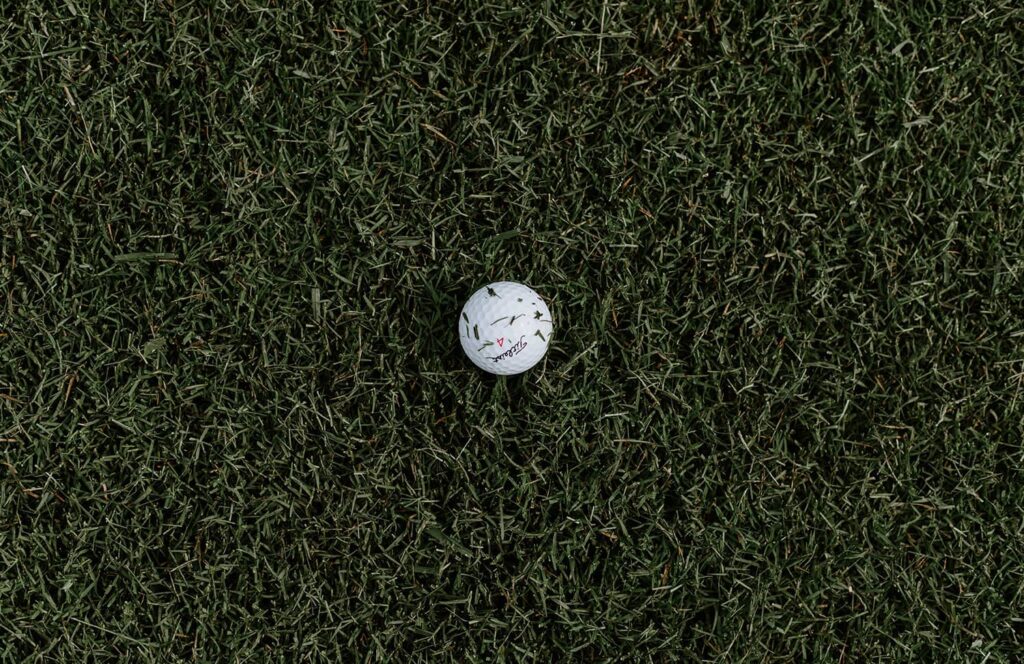 A couple of posts ago I talked about my buddy, Jim, the fanatical golf course superintendent from Ohio. The guy is still talked about in the Northwest Ohio chapter of the association, a true legend.

One afternoon on a crisp fall day Jim decided to take a scythe to the tall clumps of grass along the left side of the par three fifteenth hole. The rough in that area is only twenty yards or so from the left side of the green. About forty minutes into his task a sparkling new Titleist came whizzing over his right ear. Now, Jim was a very particular fellow when it came to weeds and divots on his golf course. He was slightly more particular when it came to course etiquette, courtesy and really, about the right and wrong ways to do almost everything.

He quietly put down his tool of choice and sauntered over to the cart path by the green, Titleist in hand. In a few minutes a single golfer, a young man, pulled up to him in a golf cart and jumped out. “This yours?” were Jim’s first words as he positioned himself very close to the taller man. “Why yes, it is. And why did you pick it up and bring it over here?” was the response.

“I picked the fucking thing up and brought it over to you because it damn near hit me in the head. Just how in the fuck do you see me trimming the grass over there and not give me a shout before you tee off?” As if it wasn’t already abundantly clear, Jim tended to run a little hot, and he achieved this heightened level very quickly.

“I saw you, but you were off to the side and I thought you weren’t gonna be in the way”

“Really? And what is your fucking handicap?”

“Well, here’s why it matters. You’re not good enough to hit a shot if someone is standing nearby unless you warn them. That’s why you let us know before you hit a ball that just might injure someone. Now, take this ball and either go on to the next hole or get off my fucking course.”

“I’m offended by your language and your aggressive attitude to me. I’ll be reporting you to the club board and I will make sure they act. By the way I’m Father Fitzgerald of St. Teresa’s and I’m a new member. It hasn’t been a pleasure” were his final words as he drove off to the clubhouse.

As it turned out Father Fitzgerald did report Jim to the board. He was required to show up at their monthly meeting and explain himself. Since Jim had been at this club for a number of years it was well known that he could be a little abrasive at times. It was also well known that he was a superb golf course superintendent and a new member, even if he was a priest (hell, they didn’t pay anything anyway), wasn’t going to be the end of the trail for Jim. They did give him a warning, however, and that should have been the end of it. But it wasn’t.

Jim was pissed. He didn’t like having to show up before the board and it rankled him. He had been embarrassed by some young smart-ass padre.

The day after the board meeting Jim sat down to compose a letter to the Bishop of the diocese where St Teresa’s was located. I can only imagine the Bishop opening this letter to find that one of his charges was off playing golf and, while at it, raising hell with the local golf course super.

As it turned out, Jim never had occasion to run across Father Fitzgerald in the future. As it also turned out, several of the newer priests in the diocese became members at the club. And, regardless of their handicaps, they were the most courteous and polite members the crew had ever seen.